We have our own School Council, which includes children

from all year-groups from EYFS to Key Stage 2.

Our school council is made up of the following children and their roles:

our super HLTA to discuss any new ideas they may have. These meetings also give councillors the opportunity to raise any School Council concerns they have encountered and to discuss feedback from other children in school.

Our new School Council has just been formed so watch this space for ideas and topics that they will be discussing this year!

Every October, we hold a 'general election' to recruit new school council members, as Y6 councillors leave us at the end of the previous summer term. There's an official ballot box in school for nominations and voting, and our Vice Chair of Governors, Cllr Emmas-Williams, counts the votes and announces the elected members to children, staff and parents.

It's not easy to get elected! Candidates prepare presentations and speeches to convince their year-group that they're truly the right person to represent them in School Council meetings. 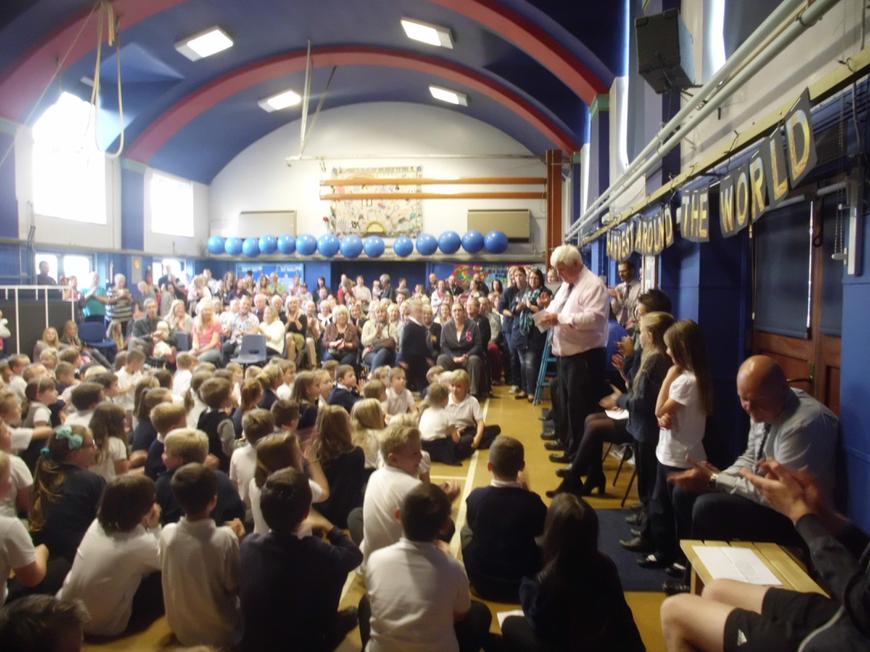 Cllr Emmas-Williams, counting the votes in the presence of children, parents and staff

Unfortunately not the ones with chocolate chips.

Some cookies are necessary in order to make this website function correctly. These are set by default and whilst you can block or delete them by changing your browser settings, some functionality such as being able to log in to the website will not work if you do this. The necessary cookies set on this website are as follows:

Cookies that are not necessary to make the website work, but which enable additional functionality, can also be set. By default these cookies are disabled, but you can choose to enable them below: